Interior paintings come in different styles. The most popular of them is the impressionism style, since it is in this style that the aunt stands out 2 important elements – color and composition, which plays a huge role when placing a picture in the interior.

The new trend differed from academic painting both technically and ideologically. First of all, the Impressionists abandoned the contour, replacing it with small separate and contrasting strokes, which they applied in accordance with the color theories of Chevreul, Helmholtz and Rud. The sunbeam splits into its components: violet, blue, blue, green, yellow, orange, red, but since blue is a kind of blue, their number is reduced to six. Two colors placed side by side reinforce each other and, conversely, when mixed, they lose their intensity. In addition, all colors are divided into primary, or basic, and doubled, or derivatives, with each doubled paint being complementary to the first:

blue – orange
Red Green
yellow – purple
Thus, it became possible not to mix paints on the palette and get the desired color by correctly applying them to the canvas. This later became the reason for refusing black.

Then the Impressionists cease to concentrate all work on canvases in workshops, now they prefer plein air, where it is more convenient to grasp a fleeting impression of what they saw, which became possible thanks to the invention of steel tubes for paint, which, unlike leather bags, could be closed so that the paint did not dry out.

Also, the artists used opaque paints, which poorly transmit light and are unsuitable for mixing because they quickly turn gray, this allowed them to create paintings not with “internal”, but with “external” light reflected from the surface.

I love this style and paint pictures in the impressionism style, and because it is in them that you can convey the mood more clearly. It is the impressionists who are able to endow nature with feelings and experiences through color and composition. Due to the fact that the impressionists do not pay attention to details and draw everything without the smallest details, they manage to revive nature and put there the feelings that are inherent in people. 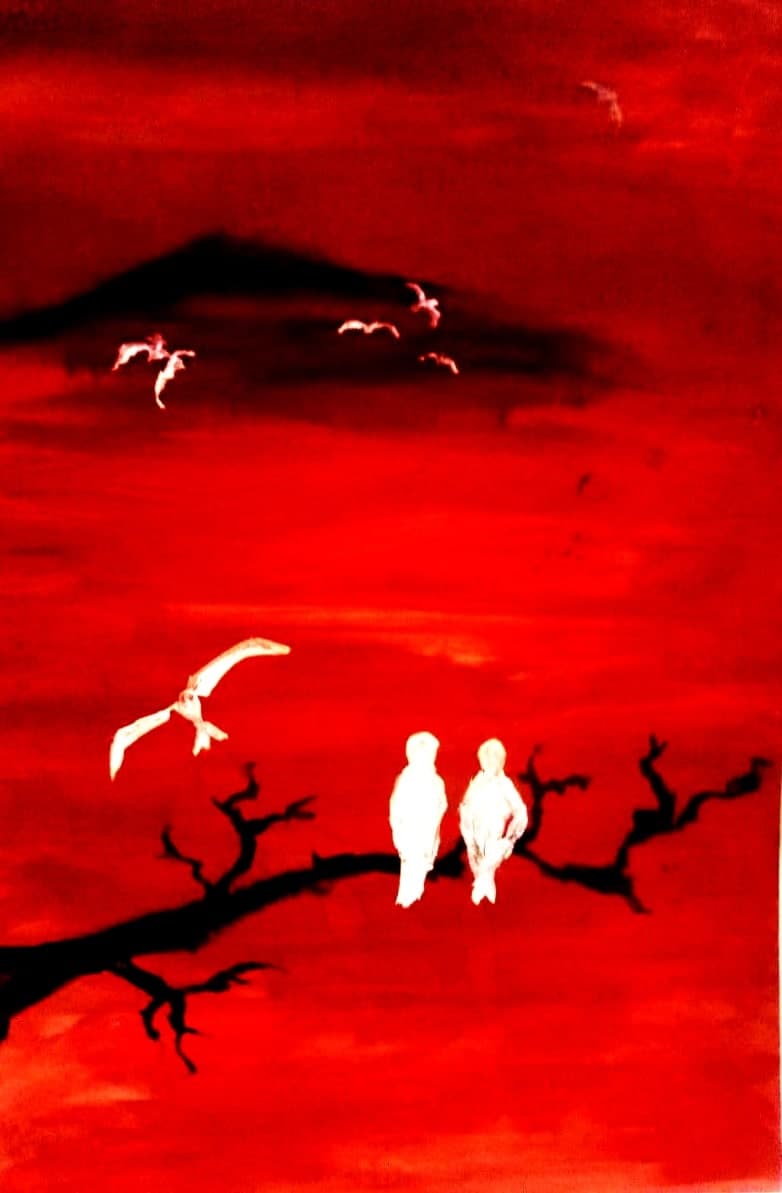 Painting in the interior in the style of impressionism in red

In this picture we see two seagulls, a painting based on the famous work of Richard Bach “Seagull named Jonathan Livingston”

To purchase or order another painting for the interior, write to us on instagram

And also other paintings on the theme of painting in the interior:

Painting for the interior in the style of symbolism

Painting in the style of expressionism