In this article you will see a reproduction of the Painting for the interior: realistic portrait based on Johannes Vermeer “Girl with a Pearl Earring”

Painting for the interior: realistic portrait based on Johannes Vermeer “Girl with a Pearl Earring”

It is accepted that pictures are hung in the interior mainly in modern styles, but also since the past centuries it has been customary to hang family or single portraits. Portrait painters of past centuries left behind many portraits of famous personalities, so this article will talk about one of them.

The painting is a tronie, the Dutch 17th-century description of a ‘head’ that was not meant to be a portrait. It depicts a European girl wearing an exotic dress, an oriental turban, and what was thought to be a very large pearl as an earring. In 2014, Dutch astrophysicist Vincent Icke raised doubts about the material of the earring and argued that it looks more like polished tin than pearl on the grounds of the specular reflection, the pear shape and the large size of the earring.

After the most recent restoration of the painting in 1994, the subtle color scheme and the intimacy of the girl’s gaze toward the viewer have been greatly enhanced. During the restoration, it was discovered that the dark background, today somewhat mottled, was originally a deep enamel-like green. This effect was produced by applying a thin transparent layer of paint—a glaze—over the black background seen now. However, the two organic pigments of the green glaze, indigo and weld, have faded.

You can find out more about this picture on the website 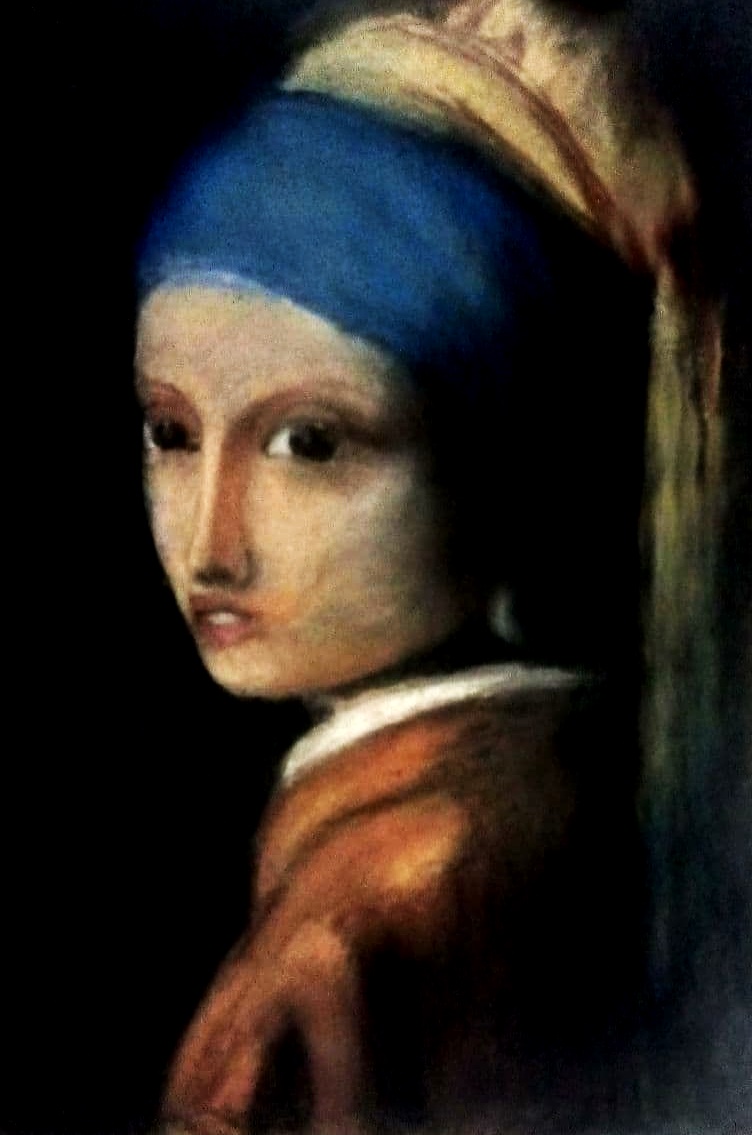 To purchase this painting or order another painting for the interior, you can write to me on instagram.

You can also look at other articles on the topic of painting for the interior:

Painting for the interior in the style of symbolism